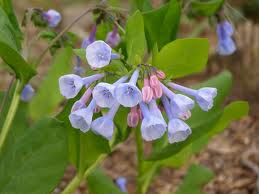 As a gardener, the first signs of plants returning after a long winter is very anticipated! Perennials that come back year after year are the staples of a diverse garden. But often, they are not filled out or blooming until late May or even late fall.  The day length, warm soils, and the heat of summer are usually the driving factors pulling perennials out of their dormant state and them returning to their glorious growing habits.

Spring ephemeral plants, on the other hand, act quite the opposite of most perennials. ‘Ephemeral’ means transitory or quickly fading and in the plant world, it refers to a particular growth habit. These plants appear as soon as the weather hints at warmth and then they disappear when the temperatures segue into heat. Ephemeral plants take advantage of the cooler spring temperatures, moist soils, and the lack of competition for sunlight from other plants. They are entirely different from spring tulips, daffodils, crocus, and hyacinth which are bulbs, these are perennials with a root mass.

In that brief, often fleeting period their pretty flowers emerge and are a welcome sight. Then they quickly go dormant.  Unlike most perennials that die back in the fall, these plants go back into dormancy within a couple of weeks from their appearance. Their top growth may disappear completely, but the roots are still fine and they appreciate the cooling cover of later plants that fill in the spaces they leave empty.